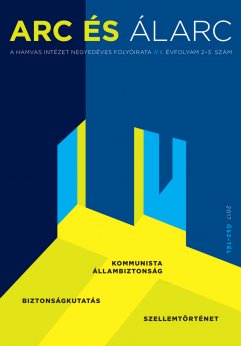 M.K.D. Professor of Tulane University (USA), expert of the end of communist era in Bulgaria. Reading his paper we might clearly see how the postcommunist nomenklatura and the State Security Services directed and manipulated together the change of the regim in Bulgaria. The author demonstrates how the communist state started giving from the middle of the eighties some capital to intelligence officers who have founded firms at home and abroad. Those oligarchs, who have been dominating life in Bulgaria since then, have emerged from these from these business circles.

Israel  – as the USA –  was targeted as enemie state from 1950 by the Soviet and Hungarian communist governments as well. The author uncovered a secret game, which in the end was not too succesful. A man who emigrated from Hungary in 1956, wanted to come back home and for this purpuse he offered his services to the Hungarian Intelligence. He, an electrician, worked in the center of an elit unit of the Israeli Navy, so he was supposed to be a very valuable source.

This article demonstrates how the Hungarian State Security watched the terrorist Abu Nidal who had set up a cell in Hungary and whose network had been directed from Moscow. He was considered a „friendly” terrorist, so the Hungarian secret services were not in an easy situation trying to isolate the cell and make them leave Hungary in the 1980s.

János Taller: The Priest of the Devil

The paper focuses on a communist agent who had been earlier an engaged member of the Hungarian Nazi Party, but he was not harrassed by the communist regim either. In 1944, he was the commander of an execution unit which attacked a building giving protection to persecuted Jews. Even so he was pardoned: the communist dictatorship could use him for its own purposes.

The heroes of this unknown story are the anti-communist writer, Pal Ignotus, who emigrated to Great-Britain, his wife, Florence Matay and her lover, George Kardos, officer of hungarian military intelligence. The strange story of this triangle ended in tragedy by the death of the woman, who worked also as an agent, recruited by her lover and knew a lot of dirty secrets, and whose flat in London burned down, but it has never been proved whether it was an accident or a political murder.

The author tells the story of how she, for the first time in her life, encountered a secret report written by an agent of the State Security about her father in the 60s and how she tried to uncover the real identity of the agent who was supposed to be one of her father’s closest friends.

Energy security has become one of the most important questions of the twentieth century on political and strategical level as well. The author presents different points of view, theories and dilemmas, concluding that the energy security is going to become an independent discipline in this century.

China s Uygur groups have used terrorist means to attain their political goals in the recent years. The author presents the activity of the East Turkestan Islamiv Mouvment which is responsible for the most terrorist attacks. Their cells, even though they deny it, are connected to terrorist organizations, so we might consider them actors of global terrorism.

Zoltán Bács: Why Lone Wolf Terrorism Does Not Exist in South America?

The author presents that in South America every „hero” and „antihero” must be the part of some bigger community, so lone wolf terrorism has not any base to exist on there.

Ágnes Hankiss: The Legend of the Lone Wolf. An analysis of terrorist networks

The paper attempts to demonstrate that all of the perpetrators of the grave terrorist attacks in Europe in the recent years have been connected—by one or maximum two links—to the center and leadership of ISIS in Syria, from whom they received ideological, logistical and financial support—thus contradicting the popular theory of lone wolves. The author reaches the conclusion that in many cases addressing potential lone radicals on Jihadist forums before the attacks was nothing else but a special form of Psyop, with the goal of disrupting counterrorism efforts and spreading fear in societies.

In this interview catholic priest, philosopher, professor of theology, friend and confessor of the first democratic hungarian prime minister in 1990, the late József Antall, speeks about Antall s legacy, faith, values and spiritual tendencies in the last decades of Europe.

In this chapter of his book to be published the author presents the political activity and paliamentary propositions of catholic priests concerning mainly the necessary social reforms, between the two world war.