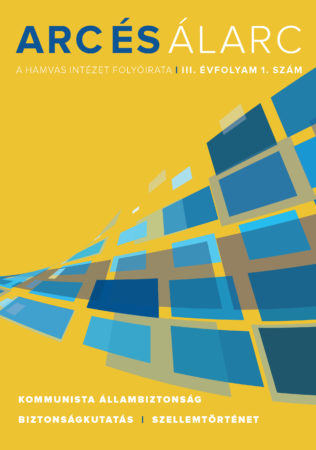 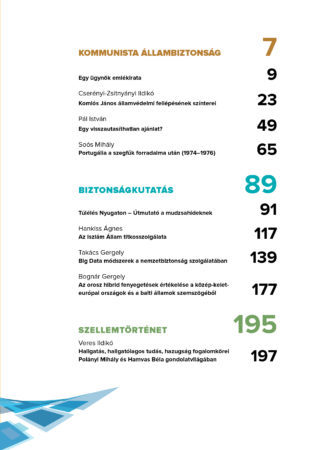 Memoirs of an agent

The author of the manuscript “The story and experiences of the state security work that I performed for socialist Hungary from 1945 until today” is no longer with us. His memoir gives us insight into the era and his psyche simultaneously. The era speaks for itself: his manuscript presents a series of the stomach-clenching microevents put forward by the horrid day-to-day of the communist dictatorship. The narrator’s ideological bias prevents him from questioning the rightfulness of these events even from decades of hindsight. That said, the psychological contours drawn up by the memoirs may contribute particular shades and colours to our current knowledge of the psychological mechanisms behind occupying a position in the state security network.

János Komlós’s literary and theatrical career was thriving at the heyday of the Kádár regime. His character is inseparable from the personnel politics of the time. Yet this was not the first time that the life story of the “critic” of the regime (who was meant to relieve the tension of Kádár’s dictatorship but was controlled from above) began to get entangled with the reigning political power – that happened much sooner. The image of János Komlós, whom many still remember as a “figurehead of Hungarian journalism and cabaret”, is heavily counterbalanced by the role he played in the ranks of the political police established after 1945 and his state security history.

Interrogating people forcibly in a cell, while making the audience laugh standing in front of the velvet curtain; compiling investigative reports for show trials, while informing the public as a journalist; commanding state security forces, while directing a theatre – there is one common denominator: journalist, theatre director, and major of the state security: János Komlós.

István Pál: An irrefutable offer? Theories regarding an aborted homecoming

The first western country to acknowledge the diplomatic legitimacy of the Revolutionary Workers’ and Peasants’ Government set up on 2 November 1956 by Kádár was Israel – mainly because they were hoping that, in return for this gesture, Hungary will grant Hungarian Jews the right to emigrate en masse. In 1957, around 5000 people moved to Israel, including pharmacologist Géza Wellisch, who was incidentally also the brother in law of János Fekete, deputy of the Hungarian National Bank in charge of the foreign exchange department. Not feeling comfortable in Israel, Wellisch was planning to return to Hungary, but even after lenghty negotiations, he ended up not showing to receive his travel papers. What could be in the background of his sudden change of heart? My study draws on two research folders to construct a plausible answer.

Mihály Soós: Portugal after the Carnation Revolution (1974-76). Socialism or civil democracy? The Portuguese “change of regime” in the light of Hungarian state security documents

My paper discusses the events taking place Portugal between April 1974 and the summer of 1975. I enlist the help of Hungarian intelligence documents to clarify the background of political shifts, while also shedding light on the activity of Section III/I of the Ministry of the Interior at the time. I intend to provide relevant information on the intelligence operations aimed at the small Iberian country, as well as the political, cultural, and military circles approached by the operatives. From a 45-year perspective, these circles can unwittingly help us understand this critical period of Portuguese history. I will write about the second part of the transitional period – following the Carnation Revolution – that lasted until the summer of 1976 in the next issue of Face and Mask.

How to survive in the West – A Mujahid Guide

On 19 March 2015, the Twitter account @Shahadastories published a link to the ebook How to Survive in the West: A Mujahid Guide. The 65-page book, part of an online series for Jihadists, began to spread fast. The author is unknown but presumed to be one of the members of Amniyat, the secret service of the Islamic State. Its content is as laughable as it is horrifying and it may be intended as propaganda rather than a real training material, but as a means of recruitment and radicalization it is a remarkable source. Here, we are publishing the first part of the brochure in Hungarian.

Ágnes Hankiss: The secret service of the Islamic State

The military victory against the Islamic State may lead us to foregone conclusions regarding the total collapse of the terrorist organization. Meanwhile, new geographical hubs may be formed, and new leaders may take over to rearrange and revive the organizations, thus retaining their action potential to carry out further attacks. When weighing the foreseeable developments and the threat on Europe, we cannot disregard the potential living on of Amniyat, the Islamic State’s secret service. This study looks at the structure of Amniyat, focusing on the network model underlying the planning and operative phase of the attacks. It attempts to describe the organization’s working mechanism in the light of psychological warfare, using diversion tactics and the Amniyat’s selection of methods and targets.

We are witnessing a drastic and unlimited increase in the amount of global data, mainly as a result of the tools providing online connectivity becoming more and more commonplace. Unsurprisingly, regardless of size, all actors of the private and the state sector are striving to collect data and turn it to their advantage. Using Big Data analysis may reveal that previously underrated masses of data have hidden values that governments or organisations can extract in order to prevent fraud or other criminal activities. The paper provides a brief overview of the ways national security can benefit from these analytical methods.

Gergely Bognár: Evaluation of the Russian hybrid threat from the aspect of East Central European and Baltic states

Analytical overviews and studies regarding the international security environment clearly show that Russia is able and ready to use its complex system, enhanced with modern hybrid warfare (cyber attacks, social media tampering), to retain and expand its existing sphere of influence. Upon assessing recent events and recognizing future hazards, however, interventions against hybrid threats are already noticeable in the European Union member states. This study aims to examine the objectives put forward by Russia’s national security strategy and use the analyses by some of the security agencies of some EU nations to present a comprehensive look at the currently known effects of Russian hybrid warfare and shed light on some potential solutions for tackling future hazards and threats.

Ildikó Veres: The conceptual network of silence, unspoken knowledge, and lying as thematized by Mihály Polányi and Béla Hamvas

The conceptual sphere of silence including its existence in speech and writing and its connections to implicit knowledge provide us with many possible interpretations. Before exploring Hamvas and Polányi’s view on these relationships, I will take a glance at some relevant thoughts presented by European philosophy. I will focus on the layers and participants of silence and lying in Hamvas’s texts, including the everyday existential and intellectual dilemmas put forward in his letters. I pay special attention to his status of being silenced, his inner emigration: what were his thoughts on self-realization, his actions, and his works? What were the obstacles rendering it impossible to exist and write without lies? What lead to his failure to create an authentic totality of existence in his own life?