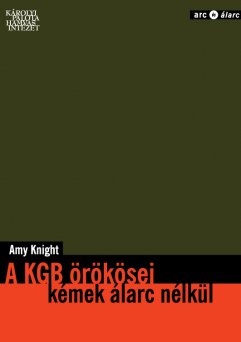 Spies without cloaks. the KGB’s successors

American writer and historian Amy Knight (PhD) is an internationally recognized expert of 20th century Russian history and politics and the author of several books and studies. She earned a PhD degree in Russian politics at the London School of Economics and Political Science (LSE) and worked at the U.S. Library of Congress as a specialist in Russian and Soviet home and foreign affairs. She was a professor at the John Hopkins University in Washington and later at the Carlton University in Ottawa.Her book Spies Without Cloaks. The KGB’s Successors, published in 1996, sheds light on the transition, survival, and afterlife of KGB in the historical and political circumstances following the disintegration of the Soviet Union.

“Kalugin, for instance, openly admitted having assisted in organizing the murder of Georgi Markov, a Bulgarian dissident back in 1978 (using a poisoned umbrella pin). Markov, married and father to young children, had not committed any crime besides escaping to Britain and openly criticizing the Bulgarian regime. (…)”