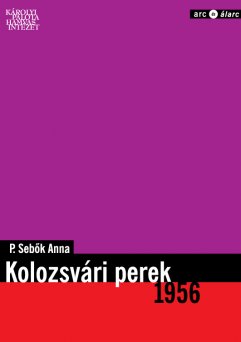 Anna P. Sebők was the first to process the history of the Cluj-Napoca trials.

Under the pretext of the Hungarian Revolution of 1956, the Romanian authorities cracked down on the representatives of revolutionary ideas as well as the Hungarian minorities. The path of the detainees led to prisons (mostly to Szamosújvár) and to concentration camps of the Danube Delta where many of them died and still lie in unmarked graves.

The interviews were conducted in the summer of 2001 with survivors who at the time of the Cluj-Napoca trials were students of the Bolyai University.

Today, they are artists, teachers, scientists of the Transylvanian Hungarian intelligentsia who carry with them the memories of suffering and persecution and remember human fates unfolding behind the curtains of terror.