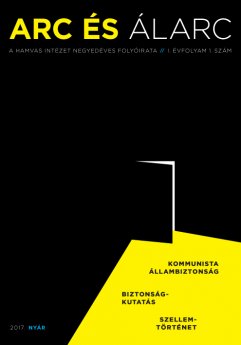 This study is part of a volume in progress which will discuss the methods of the communist state security through the organization’s educational materials held at the Historical Archives of the Hungarian State Security. The article is based on a report for educational purposes where – through the love story of an agent (a female university student) and a British diplomat – the operations officer gives an account of his experiences in handling female agents including (in a bout of unusual honesty) his own personal dilemmas.

Letters from the asylum

My paper looks at the anatomy of a case that is a dark spot even in the grim history of the communist dictatorship in Hungary. Béla Janikovszky, head of the dreaded State Protection Authority, had his own wife confined to a mental institute after having their son kidnapped from a summer holiday. The paper presents the harrowing documents, the pleading letters sent by the wife from the psychiatric ward. Even though she was later released, their child remained with the husband who never answered for his crimes and practised as a doctor until his death.

Lybian–Hungarian relationships in the light of the program codenamed “Sahara”

It is still not fully known how exactly the Moscow-led Eastern bloc supported international terrorism or Arab dictatorships. In the early 80s, the Hungarian state security launched a program codenamed “Sahara”: a top secret arms deal made between Budapest and Lybia. At the time, Muammar Gaddafi’s regime was already in open conflict with the United States, which made it appreciative of any help available. Even so, “Sahara” was an utter failure: the Lybians refused to pay so the Hungarians ended up returning home. The study takes a closer look at this misjudged initiative.

This study is part of a volume in progress discussing the relations of Hungarian Germans living in and deported from the town of Solymár to the communist state security. In my writing, I have made several additions and corrections to our current knowledge about the deportations from Solymár and the preceding events, and I also published new data, including the names of people who tried to help the panic-struck Swabian residents of Solymár.

This writing may be seen as the introduction of our new regular section on security research. It tries – through the latest features of Jihadist terrorism and the new challenges facing counterterrorism – to highlight the controversies surrounding security and privacy, a misconstrued concept of political correctness, the potential role of think tanks in the anti-terror struggle, future threats after the collapse of the Islamic State, and the role played by the diversity of strategic cultures in Europe in the resulting insufficiency of defense policies.

When, invited by the Indian government, reknowned orientalist and indologist Ervin Baktay embarked on another field trip to India in 1956, he was accompanied by his young wife, Aditi Baktay. Meanwhile, a revolution broke out in Hungary. In her journals, Aditi Baktay gave a vivid account of their travelling and discoveries. A few years ago the wife – who, until her death, kept her husband’s (deceased in 1963) memory alive – was interviewed by film director Zoltán Bonta. This memoir was compiled from the transcripts of that footage and the earlier journal entries.

After the fall of the Hungarian Revolution of 1956, forums and institutions of cultural life started to form in the French emigration; among them, the Hungarian Workshop in Paris. Communist state security kept the working group, the editors and the authors under close surveillance. The surviving reports include the letters written by literary and cultural historian Nándor Várkonyi to the publication’s editor, Pál Nagy. Even though during the “dark times”, the early 60s, it was incredibly dangerous to contact those who emigrated for political reasons, Nándor Várkonyi opted for taking an intellectual stand and giving a helping hand.