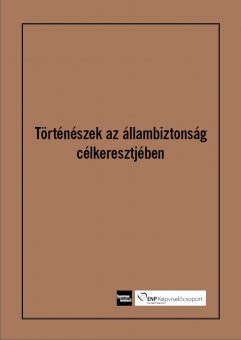 Historians in the crosshairs of state security

“(…) After some general surveillance, we decided to make an actual entry into the Institute. Through Comrade Hanák, we created an opportunity for entry and we searched Kálmán Benda’s, László Kenyeres’s, and Magda Jászai’s drawers; we took photographs of their letters if we found them interesting. I have made the evaluations above.

I have to mention that our search was interrrupted by a small disturbance: namely, the porter of the Institute found our prolonged stay unusual. Since he could not enter through the closed doors, he found this suspicious and reported the incident to the director the following day. Kosáry and co. consequently looked into their drawers and noticed that they had been searched by someone. Suspicion fell on Comrade Hanák, who was on-site at the time in question but he – by our instructions – rejected the accusations and demanded an apology from Kosáry for the attacks on his person.”