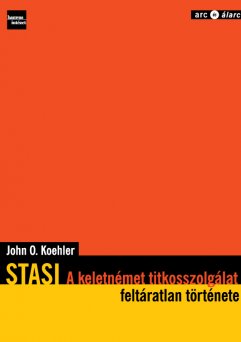 STASI: The unexplored history of the East German secret service

John O. Koehler worked as Deputy of Communications under President Ronald Reagan. For twenty-eight years he was Berlin and Bonn correspondent for the Associated Press.

“When Oleg Panin noticed me, he waved me over. ‘I’d like you to meet a friend of mine’, he said as he was leading me towards a group of unpleasant people, one of whom I recognized from the photo. It was Erich Mielke, a three star general (he was awarded the fourth star in 1980), head of the Ministry of State Security, the secret service, better known as Stasi

Mielke was the most feared man in East Germany. (…) ‘Herr Mielke’, Panin said, ‘this is my friend Mr. Koehler from the Associated Press.

Jack, this is Herr Mielke.’ As we shook hands, I said, ‘I know you very well, Mr Mielke.’ Mielke got embarrassed. ‘I do not think that we have met before’, he said. ‘How would you know me?’ I smiled at him and said, ‘At Checkpoint Charlie, a wanted poster with your photo has been out for years.’ ‘Please do not say this to our guest’, warned Pannin. But Mielke smiled and replied, ‘Ah, I ‘m just a journalist like you.’ (…)”.