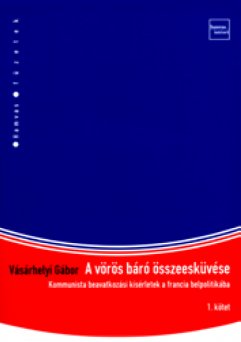 The conspiracy of the Red Baron

The book that the esteemed reader is holding deals with two events of paramount importance within the nearly two decades of contemporary history starting with the Second World War, both of which were aimed at removing the French Prime Minister through violent means and political maneuvering.The first was the murder of Admiral Darlan in December 1942, and the second was the intended overthrow of legendary left-wing prime minister Pierre Mendes-France through communist conspiracy and active participation of the secret services in 1954.

Even though the aim of the author was to reveal historical mysteries, this work does not fall strictly within the scope of historical research. In terms of genre, it can be regarded as a historical essay as it goes beyond the presentation of historically proven events in a dry and monotonous chronological order and it is committed to interpreting the motivations behind the acts of historical personalities whose participation actively influenced the outcome of the events. It relies on the work of the most respected French historians, placing the findings within a broader context and using literary devices in order to make historical events easier to grasp.